A Profession Not for Girls (aka. Takahachi Yoichiro's Shoujo ni ha Mukanai Shokugyou aka. 少女には向かない職業)

One of my favorite filmmakers working in Japan -- and honestly one of the best of the last 20 years-- is also one of the least known: Takahashi Yoichiro. I am lucky enough to now count him as a friend but my admiration for his directing began long before I met him, when I first watched his revelatory Nichiyobi ha Owaranai (aka. SUNDAY'S DREAMS). This film is still totally unavailable anywhere in the world but because Takahashi-san knows how much of a fan I am of his work he gave me a copy of both Nichiyobi... and his other feature film work Mizu no Naka no Hachi Gatu (aka. FISHES IN AUGUST). 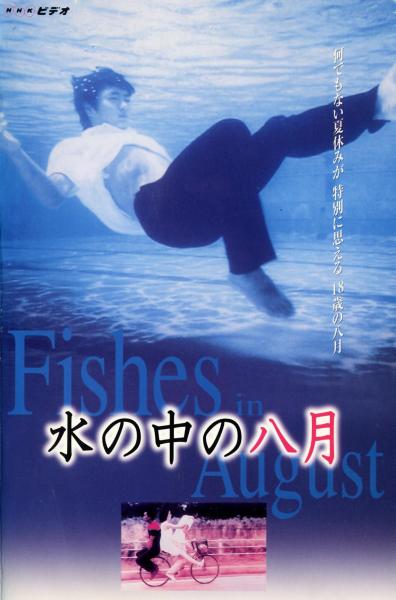 Takahashi Yoichiro works as a staff director for NHK Tokyo. This is a recent move for him from NHK Osaka, where he spent his formative years. (Osaka is also the setting for his aforementioned feature films.) Working for NHK for years has allowed him to pay his bills, experiment with format and shooting techniques and hone his style. While I know that he is in the works on a new feature film, the last time I met him there was (as then) no information as to which one of his scripts he would be shooting.

A while back I received an email from him after much pestering to find out what he's been up to. He sent me a link to an on-line teenage girl mystery drama called Shoujo ni ha Mukanai Shokugyou. I haven't had a chance to sit down and watch it all and I know that he didn't direct all of the episodes-- just episodes 1~4, 9&10-- but it is something new by him.

He'll probably kill me for putting this out on the English speaking web since they're very different than what he does as a filmmaker, but I've been dying to promote his works for a while and this will have to do. (Takahashi-san, if you've got new movie info for me, I'll take this down and put it up!)

For the record Mizu no Naka no Hachi Gatu is not to be confused with the Ishii Sogo film that is the literal translation of AUGUST IN THE WATER. (The Ishii film has the literal title but is not a literal adaptation of the novel that both films were taken from whereas the Takahashi film is a straight adaptation.) At any rate, FISHES IN AUGUST is available on VHS in Japan from NHK video (but is long out of print, I think) and not on DVD. It is worth a track down.

In the meantime, if you've got 320 minutes and can understand Japanese, then this will satisfy a small Takahashi itch!
Posted by Nicholas Rucka at 4:53 PM

Email ThisBlogThis!Share to TwitterShare to FacebookShare to Pinterest
Labels: A Profession Not for Girls, Fishes in August, Sunday's Dream, Takahashi Yochiro

i've been looking for fishes in august & sunday's dream for very long time now. i attended the screening of fishes in august some years back in singapore and the director was around to answer questions from the audience.

is there any way that i can get hold of both films with eng subtitle?

do email me at andre.phua at gmail dot com
thanks

You should not have announced that you got copies of Yoichiro Takahashi films. I have been keeping my eyes for an opportunity to see his works since Sunday's Dream went to Cannes in 2000 without any success. So if you have copies with English subtitles, I would be really grateful if I can get a chance to see them. Please e-mail me at

PS: I live in Thailand and would be glad to exchange some stuffs from here if you want.