Just learned that Kurosawa Kiyoshi will be giving a talk at a Japan Film Festival** symposium next Tuesday, March 10th!

I've met him several times and even had an opportunity to interpret for him and can promise you that it's well worth your time to attend this talk. (Plus, it's free!) Not only is Kurosawa one of the best directors currently working in Japan, he's also very intelligent and articulate with an encyclopedic knowledge of world cinema -- as to be expect from a man who is both a professor and critical film theorist.

Japan Film Festival Committee and Japan Visualmedia Translation Academy are proud to present prolific Japanese director; Kiyoshi Kurosawa. Mr. Kurosawa will speak about his experiences as a director and explain how to correlate Japanese culture through film. There will be a Q&A session at the end of this presentation.

Do not miss this exciting event!!

Due to the limited seating, please RSVP to contact@jffla.org with your name and number of attendees.

Incidentally, I'm betting that the Japan Film Festival will screen TOKYO SONATA, even though it played at the LA Film Festival last November.

Link to the Midnight Eye interview with Kurosawa Kiyoshi.

Here's the trailer for one of my personal Kurosawa faves, CURE:

** This is the same film festival that I spoke at last year.
Posted by Nicholas Rucka at 3:33 PM 2 comments:

Death and the Debt Collectors 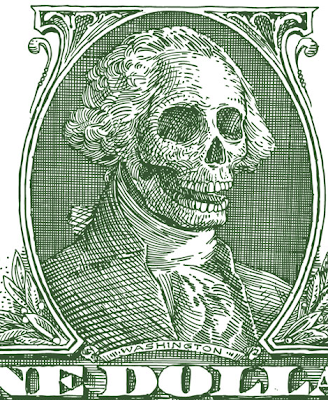 This isn't Japan† related, but I'm posting it because, well, I've been waiting for this day to come for a while now. Today's NY Times has what I felt is a mindbogglingly horrifying article on debt collecting from the recently deceased.

So why am I posting about it? Well, you see, I've long believed that it's only a matter of time before the collection agencies figure out how to enter the afterlife -- FLATLINERS like -- and get their payments* and this article appears to be the first broad step in that direction. The question is, how will they exact the payment? I think it'll be indentured servitude via the afterlife. Something like setting up a database or call a center from the land of the dead or something like that. (The plus side for the corporations is that the undead a) don't get tired and therefore don't need breaks and b) no health care costs or worker's comp claims to contend with.)

Anyway, you can read the article here and be gobsmacked by the total lack of decency and class that the DCM folks are operating under. I was particularly impressed by the three-week sensitivity training course that the operators undergo to better cajole the money out of the bereaved-- who incidentally are under no obligation to pay back the deceased's debt, but are never alerted to this fact.

"New hires at DCM train for three weeks in what the company calls “empathic active listening,” which mixes the comforting air of a funeral director with the nonjudgmental tones of a friend. The new employees learn to use such anger-deflecting phrases as “If I hear you correctly, you’d like...”

“You get to be the person who cares,” the training manager, Autumn Boomgaarden, told a class of four new hires."

What a bunch of vultures.

Try reading the article while listening to Faith No More's classic: 'Surprise! You're Dead!' I've embeded it below.

† Apparently in Japan there is a responsibility to pay debt, but this can be passed on to other (more distant) family members if the appropriate forms are filed with the government. But do you really want to mess with Japanese debt collectors - aka. the Yakuza?

* Incidentally, some people believe that this won't be the case. They feel that in fact credit will be given against your future offspring's indentured servitude. Could be...
Posted by Nicholas Rucka at 12:16 PM No comments: