I was the original editor on Risa Morimoto's documentary WINGS OF DEFEAT, about three years ago (back when it was still called "BEYOND THE SUN"). I've written about it here before. Anyway, Risa's documentary is a deeply personal exploration of the history of the Tokkotai (aka. the Japanese 'special attack force' that the Kamikaze pilots were a division of) and the effect that the war had on a generation of young men (both in Japan and in the US).

This is a very, very good documentary and while I'm bummed out that the version that is airing on PBS' [I]ndependent Lens this coming Tuesday, May 5th, is a shortened 52 minute cut, it's absolutely worth your time to watch. And then, if you feel inspired you can hit the PBS website for the film and vote for it if you like it. AND THEN, if you have the spare change, you can buy the full-length feature from the WINGS OF DEFEAT website, where you can also buy the follow up documentary that Risa and Linda Hoaglund made called WINGS OF DEFEAT: ANOTHER JOURNEY. (Not the best title in the world... Perhaps...)

Do try to check out the film. It really is worth your time.

Posted by Nicholas Rucka at 10:47 AM No comments: 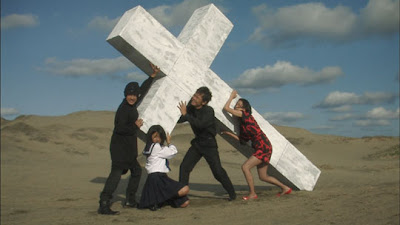 
ps - I've been told that LOVE EXPOSURE, which played at Shibuya's EURO SPACE, was a smash hit and broke all box office records there. Not bad for a 4 hour long movie!
Posted by Nicholas Rucka at 2:04 PM No comments:

The Real Shaolin Screening This Saturday! 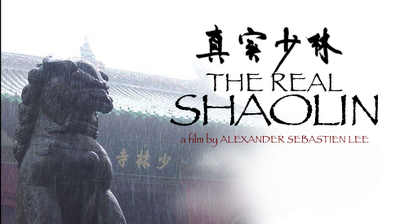 The feature documentary I co-wrote with writer/director Alexander Lee, The Real Shaolin, will be having its US Premier at the Los Angeles Asian Pacific Film Festival (aka. the VC Film Fest) this Saturday, May 2nd, 2009 at 5pm.

Regardless of my involvement in this film, I think that it's an interesting subject matter that is well made and executed. For all of the fans out there of Kung Fu movies and Asian martial arts, in general, this is a different view of the world of martial arts that shows the cold, commercial reality of Shaolin.

If you live in LA, definitely come to the Laemmle's Sunset 5 and see the film. I think you'll like it.