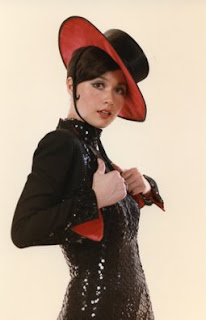 Getting bogged down here in writing and desperately need a pick me up. Sure a shot of espresso or a some ice cubes down the pants could work, but it's not nearly as satisfying as watching the glorious sequined 1970s bombshell Yamamoto Linda belt out some tunes courtesy of the old YouTube time machine.

いいね！If you like her stuff, there's plenty more of it on line. I leave you to find it on your own. (BTW, she's not nearly as interesting now... But that's the way it goes, I suppose...) 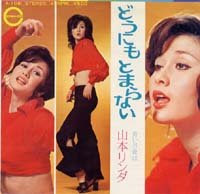 Posted by Nicholas Rucka at 4:26 PM No comments:

I'm happy to report to two tasty bite-sized bits of Studio 4ºC news: the mind-blowingly awesome and totally worth your time in every way possible anime MIND GAME will play in Los Angeles this FRIDAY night at midnight. Although it's a digital projection (can't be helped, I suppose) it is Studio 4ºC sanctioned and as such, it should be supported.

Now why should you go and see this? Two reasons really: it is one of the most inspiring films I've seen in a long time -- seriously, you will leave the theater reassessing and reprioritizing your life. Also, you will come to an perspective shifting realization that animation in the west is trapped in some 20th century stasis like a mosquito in amber while Studio 4ºC's animation has been created and broadcast to us like Ranman aliens with higher evolved aesthetics and execution. (Or something.)

Anyhoo, do see the film. It's playing at the Silent Movie Theater in Los Angeles. Friday. Midnight. Details here. 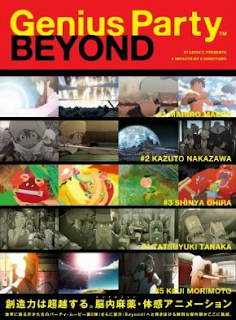 Also, I just received an email from a producer at Studio 4ºC and she is happy to announce that the uber-excellent GENIUS PARTY and GENIUS PARTY BEYOND will be released this March in a 3-disc box set in Japan. Although, Midnight Eye has been slow to post our critical picks for 2008, those two films easily made my best of list and if I ever get off of my ass and write it, I have a lot of thoughts to share about those films that I'd like to put in a review.

But, come on Rucka, is GENIUS PARTY really that good? Well, to be frank, since it's an 'omnibus' collection there's the good stuff and the not so good stuff. But what's always so cool about watching a Studio 4ºC release is that when the good stuff works, MAN does it work! As the west trends towards photo-realism and CGI, Studio 4ºC is working on challenging the very form of anime: from experimenting with the use of voice talent all the way to choosing new ways of photographing and animating their cell animation. (Some of it bordering on experimentalism.)

Maybe, eventually, we'll see this kind of fresh thinking out here in the west. But in the meantime, I'm sure it'll show up on the internubs on March 21st with sub par fansubs (although, it could be like the MIND GAME DVD and have excellent subs already on it?) and that'll be the way that the fans will be able to watch it until a proper export edition comes out...

You can buy it through Amazon Japan.

Lots and LOTS of previous posts about MIND GAME and Studio 4ºC here!

Interview that I did with the head of Studio 4ºC, Ms. Eiko Tanaka, here!
Posted by Nicholas Rucka at 10:03 AM 2 comments: