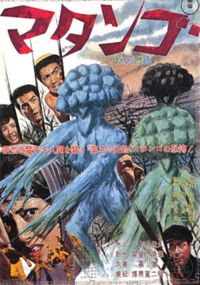 The truly awesome CineFamily movie theater here in LA will be doing a Toho Giant Monster retro on Sundays during the month of December. Films include:

One of the cool things about this new theater is that they do something called 'vertical programming'. Meaning: rather than clumping together a series of films, they have them programmed on the same days of the week throughout the months. Simply put, if you're out of town one week, you can catch another film in the series when you are in town. Nice for us who have other responsibilities than watching movies.

Link.
Posted by Nicholas Rucka at 9:38 AM