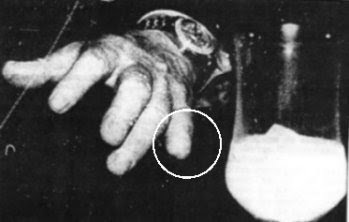 Today's LA Times On-line has a new article on the spate of Yakuza who either came or tried to come to LA for liver surgeries. I previously wrote about this brouhaha here, but this article is of interest for these reasons:

Sorry to interrupt but I have to comment here: "5,000 babies, children and adults from all walks of life..." Seriously? So are there Yakuza babies?

"UCLA became the place," said the lawyer, who specializes in finance and has extensive knowledge of gangs in Japan. "That's how these guys think. One guy does something, the rest of them want to do it."

And here's what a former FBI agent that was involved in the visa petitioning process for a Yakuza who wanted to come into the states had to say about his involvement:

"They came back and said, 'We are not interested in his coming in, irrespective of the amount of money that he might contribute' " to a hospital or the type of information he was willing to provide.

"Gentleman?" Wow. By the way, I like that he makes a point of mentioning the large potential donation that the Yakuza would make to the hospital -- as if that would sweeten the deal.

More of this brilliance can be read here.
Posted by Nicholas Rucka at 9:31 AM