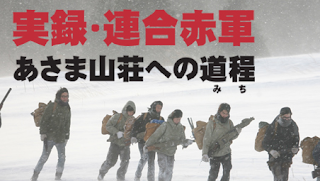 Over all a good bit of PR for Wakamatsu-san and his roundly praised film UNITED RED ARMY. However, I have a bit of an issue with author film critic Dennis Lim's line about pinku eiga being something to grow out of.

At 72, having outgrown the smut-minded confines of the pink film, he has made his most ambitious work, “United Red Army,” a 190-minute chronicle of the tumultuous rise and self-destructive collapse of the Japanese militant student groups of the 1960s and ’70s... 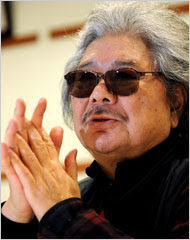 Okay Mr. Lim, if you say so. As if filmmakers like Wakamatsu or Kurosawa Kiyoshi were slumming and doing these films because they suffered arrested development. Maybe Wakamatsu should've grown up sooner and not at 72?

It's showing as part of the New York Asian Film Festival in conjunction with New York's Japan Society's Japan Cuts '08 festival. (July 6th at 4pm) I have a screener sitting here begging to be watched. I just need 190 minutes to do so...

Posted by Nicholas Rucka at 7:03 PM