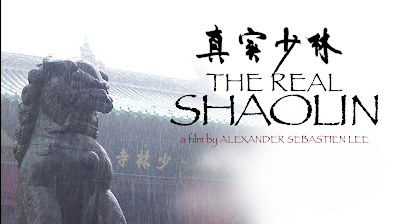 Spent yesterday evening working on a new trailer for The Real Shaolin with director Alexander Lee and a professional trailer-editor [fancy!]. Timed for the Toronto International Film Festival, this trailer was one of the last key elements that Alex had to get squared away before jetting off to the fest first thing this morning. This is a brand-spanking-new trailer for the film that I think rocks a lot more than the previous one-- which was done many months ago in a hurry, very late at night by little elves.

The screening schedule at Toronto is as follows:

Unfortunately, I won't be able to attend this fest but I look forward to hearing people's thoughts on the film!