It's All About the Pace 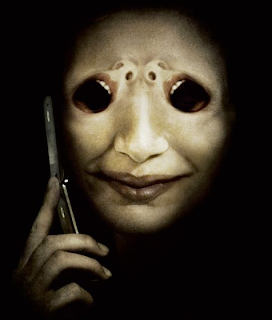 The New York Times has an article in it's Movies section today about the inanity and futility of Hollywood's J-Horror remakes. This article is nothing new really-- hell, I wrote about it nearly three years ago in my 'Death of J-Horror?' feature for Midnighteye. But I wanted to share a clipping from the piece as the article's writer, Terrence Rafferty,[obtusely] makes a valid point at the end that I feel is wrong in its conclusion:

"Rhythm is often the most significant difference between Asian horror movies and their American versions: the good Far Eastern directors know that the most interesting part of any ghost story is the buildup, the dawning dread that gradually makes the world feel alien, uncanny." (link)

Mr. Rafferty includes this discussion of Pace in terms of the difference in horror sensibility vis a vis the East and the West, but it is something that is not unique to horror in and of itself.

First off, Pacing is an essential intangible element in a film -- together with Tone -- that is as important as the time signature in a piece of music. But whereas sheet music begins with this, in a movie, the director needs to find it in the script and then hold it inside herself for the entire duration of the filmmaking process. Sure, you can try to 'fix' the Pace (and Tone) in the edit, but as all editors know a film with a well-defined Pace is easier to cut and breathe life into.

What Mr. Rafferty misses (and I'm at the risk of sounding elitist or overly judgemental here, and that is something I don't want to comes across as) is that the Asian horror works better at times because the burden of proof is off of the filmmakers to make you believe that there is a ghost haunting. The notion of the existence of ghosts is built in culturally-- at least in Japan. So the film is all about building the mood: creating the fright and the dread in the audience-- in short, the Pace (and Tone).

As a bit of comparison, you'll notice that the Japanese zombie movie feels much different than the Japanese ghost movie. Structurally it's very similar to what we get in the west, meaning that it all is indebted to George Romero and the 70s Italian stuff. This is because it is an import. The case for zombies existing in the first place has to be made-- same as in the West. In short, it's not a cultural approach to filming horror, it's how to make their audience feel what the director's desire. Once again, that's done through the Pace (and Tone).
Posted by Nicholas Rucka at 6:49 PM

it's certainly not something that easy to spot though, that certain stories - or specific variations of stories / genres - are culturally-specific. things is, it's not necessarily something even going to be attempted even if spotted, and american filmmakers and studios can, whatever they do, never even need to acknowledge or attempt to come close to recapturing any key part of how the film originally worked. they can intentionally avoid it, even... but, the major point is, that remakes don't help america get back on-track, don't help films and don't help viewers, and they certainly don't help people's understanding of what's to be found in foreign films... you can't reproduce what's found in one film even within the shores, a film being a construct of the unpredictable and uncontrollable, the things that will likely happen and were never consciously constructed : because of the culture, the point in time and all those things which you have to accept are at work without having to (or being able to) actively engage them in the process

I couldn't agree with you more. I think there's a couple of issues at play when it comes to remakes -- not the least of which being the fact that the films which are generally remade are 'high concept' ideas. You know, stories with pithy ideas that can be blurbed easily. Works fine with certain types of movies, but try to do that to a Wong Kar Wai flick and you're up a creek.

I think the remake is, in and of itself, not necessarily a problem. There are even some that I quite like (and the Japanese were in the habit of doing so quite seriously during the early Nikkatsu Action years-- and even now...), but I think it's the intention of the remaking party that needs to be focused on.

What I mean specifically is: hubris. What I really bristle at is the notion of just because something is new it must be better. I don't need to spell out why I think that's insane, but it's something that I feel oozes off of a lot of remakes.

How many people think that The Departed is a better film than Infernal Affairs! C'mon, really?? It's like two times as long and half as interesting. But looking at the horror genre: the remake of The Ring or The Eye or Premonition or Pulse. Seriously, I think that each time these films were being made the studios felt that they were making it a) more accessible to the Domestic (US) Market [we only think about ourselves in the US, if you haven't noticed :-)] and b) how to make it more logical and therefore better. And we all know what the results generally are...

So, unless under duress, I generally refuse to see a remake. Unless, of course, the original sucked and it's only up from there. Ocean's 11 anyone?

fair. remakes aren't inherently bad, but the intention behind them - especially in recent times - is cynical... and, as you say, it's a bad start. there are a few - literally - remakes we often don't realise are just that, but generally the thing that's unfortunate is that there's a lack of realisation that any creative pursuit benefits, according to to the artist more than the observer, from aspects known to be out of control to the extent to which others often intentionally try to describe as otherwise. they does, with execution as with appreciation, the need for an application of instinct in understanding which must be confidently accepted perhaps long before study, in order to crack the puzzle ofthings which are both controlled and out of control simultaneously to varying extents.