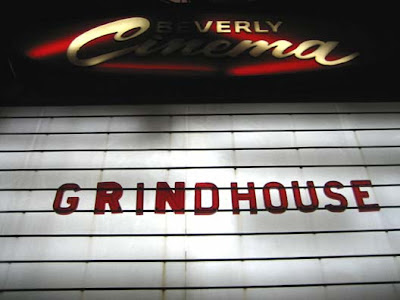 My friend Phil and I had just started getting to know Sherman while planning these 'Saturdays at Midnight' screenings and while my interaction was few, Phil was fast becoming friends with him; it was, as someone in that movie once said, "The beginning of a beautiful friendship."

While I am still relatively new to LA, the New Beverly Cinema was my favorite haunt where I went at least once a week to see a double feature. In a land of hermetically sealed multiplexes with 10 buck popcorns and Blackberry tinkering weenies who are less interested in the movie that's playing than their test messages, it was an oasis for movie fans. (And the popcorn was cheap and amazing!)

Here's an obituary from Reuters:

LOS ANGELES (Hollywood Reporter) - Sherman Torgan, who founded and ran the last remaining full-time revival cinema in Los Angeles, died Wednesday of a heart attack while bicycling in Santa Monica. He was 63.

His New Beverly Cinema at 7165 Beverly Blvd. in Los Angeles has been screening repertory double bills continuously since it opened in 1978. Past, present and future filmmakers, actors and movie lovers have been drawn to the house, whose attractions run the gamut from old Hollywood classics, recent independent film and European and Asian favorites, to the occasional silent or animated feature.

Torgan opened the doors of the New Beverly on May 5, 1978, with a Marlon Brando double bill -- "A Streetcar Named Desire" and "Last Tango in Paris," which was just then helping to bridge the gap between X-rated and mainstream entertainment.

On its recent 25th anniversary, the theater held no celebration. "Hooray! The Beverly Cinema has reached a milestone," read a notice in agate type on the theater's calendar. "This month marks 25 years of continuous repertory programming. ... The struggle goes on."

After coming west from Philadelphia and graduating from UCLA in 1969, Torgan had relocated to the San Francisco area, where he worked as a location scout and spent a year negotiating the purchase of a theater with several partners.

"I like to say that the L.A. Times put me in business," Torgan said.

Years earlier, the house had been Slapsie Maxie's, a nightclub named for the boxer and, later, actor Slapsie Maxie Rosenbloom (model for the Big Jule role in "Guys and Dolls"). The club then was managed by Charlie and Sy Devore, clothiers to the Rat Pack, and was owned by mobster Mickey Cohen.

In the late 1950s and early '60s, the space was taken over by a cinema society; then it became the Europa, specializing in foreign films, and then the Eros, which showed 35mm first-run adult films. But in 1977, the Los Angeles Times suddenly stopped accepting ads for adult films, and the business became a liability.

"I think anyone who tries to run a revival house will tell you that theaters saw the writing on the wall years ago," Torgan told an interviewer for the L.A. Weekly in 2003.

"I'm just hoping that things turn around. I have another option period for quite a few years into the future. But anything can happen. I'm getting older; it just becomes exhausting, and kind of disheartening.

"I feel unappreciated. In a way, I am supporting the theater, just in the labor that I don't pay myself for. I try to do everything I can myself: I book the theater, I put together the calendar, I distribute the calendar, I buy supplies. I do pretty much everything except run the projectors. My son has helped out since college -- he works a day or two a week -- but he works full time elsewhere."

It's sad that it takes his passing for all of us to voice our appreciation for what he did and while we don't know what the future holds the New Beverly Cinema (or for our Midnight Screenings) I do know, that Sherman Torgan will be greatly missed. 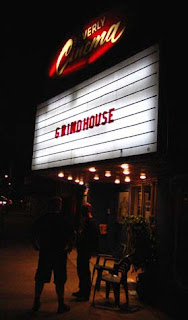 And oddly, I just wrote up a short something and linked to this and noticed that we both posted it at 11:31AM (albeit on different days), weird.