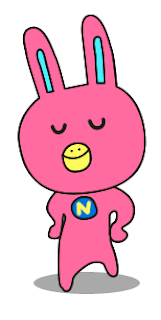 Anyone who has visited Japan has seen the NOVA Foreign Language Schools. They're everywhere in Japan-- and I mean EVERYWHERE -- offering foreign language learning for eager Japanese students of all ages.

The heart and soul of the NOVA school is the foreign-born language teacher and while I grant you that there are so smart and dedicated souls who do this, the argument could be made that NOVA's standards for hiring are only a foreign birth, a university degree, and a pulse. (This, in turn, has lead to what the local ex-pat community lovingly calls 'the NOVA Visa Service'; a quick and easy way to get a visa to live and work in Japan, that serves to the lowest common denominator.)

The NOVA business strategy, as I understand it (and is far better explained in the article posted and linked below), was to put a language school at every train station in Japan (a node that everyone has to pass through at one point or another, so the thinking goes)-- though in lieu of this, a spot at the local shotengai /ichiba would do the trick, too.

I've been reading for months about first, the legal woes and now the resulting financial problems that the pink rabbit is suffering... and it 'don't look good, my friend.' Like a piece of drift wood (or another brown color, stick-shaped item...) slowly circling the outskirts of a whirlpool, coming closer and closer to being pulled under NOVA is in serious trouble as Ken Worsley of the Japan Economy News & Blog writes:

Things just seem to be getting worse for NOVA, Japan’s largest English language school operator. For the last fiscal year, the firm posted a 2,589,000,000 yen loss in operating profit on its consolidated balance sheets. It’s share price, which hit an all time high of 1,750 on March 24, 1999, has fallen dangerously over the past months. Two years ago this week, NOVA shares were going for about 200 yen; on Tuesday they closed at 54 yen, down 4 yen from the previous day’s close.

Everyone already knows that the firm was slapped with a six month ban from effecting contracts longer than one year with customers by the Ministry of Trade, Economy and Industry about two months ago. NOVA still has four months to go, and things are looking bleak.

Still, since there usually tends to be little concerning the details of NOVA’s situation in Japan’s press, I was a bit surprised to open this week’s issue of Toyo Keizai (one of Japan’s larger business magazines) and see an article on page 19 detailing just how bad things are getting for NOVA.

I had heard that NOVA was late paying their staff last month and that the company issued a 750 million yen corporate bond at the beginning of August, which I assumed gave it the cash to pay instructors this month (which was the 15th or 20th - could someone confirm for me?). My own estimates put their foreign staff payroll in the range of 910-1040 million yen per month, so with some cash lying around, it seems they just managed to squeak by this month.

Oh, and rumor has it that the above mentioned bond yields 2% and is unsecured.

At any rate, the Toyo article laid out just how bad things are at NOVA. Here are some highlights:

I’ve been planning on writing something longer considering what’s happened with NOVA (and NCB, and Lado, and ABC). The industry has already seen three noticeable busts since January 2006, and though there are many reasons why they’ve happened, it seems that management of the existing firms wants to keep its collective head in the sand.

A quick look at NOVA’s plan for business improvement shows the lack of ideas rampant amongst management in this industry. NOVA’s big plan? Increase the number of teachers by 98 in August, 527 in September and 686 in October. This is supposed to help students be able to take the lessons they want. One has to wonder if those numbers even cover replacement needs; I estimate that NOVA loses about 160 teachers during normal months. One must assume that they are running away in droves in search of more secure employment at the present.

The mindset betrayed by this phony “business improvement” plan is just one of many, many reasons why this industry is slowing decaying and rotting from the inside out (or from the top down).

However, the point of this piece is not to get into those reasons. When I saw the Toyo article, I knew I wanted to translate it for this site, but someone graciously already has. Hats off to Sean at letsjapan.org, who posted his translation a few hours ago in a post entitled Toyo Keizai Article: Is Nova Running Out of Money?

What follows after the cut is Sean’s translation, though you really should go to his site to read it.

With METI sanction and repeated missed payments, Nova stands at a precipice

Rumors of cash flow problems at Nova, the largest English conversation school in Japan, are coming to light. The August 14 announcement of the allocation of new shares to a third party was for a mere 10 million yen. The spokesperson for a venture business within the TEPCO group that has become a business partner of Nova explains: “We had been talking about working together, but they put forward the idea of increasing capital at the beginning of August.” With Nova chasing after such an exceptionally small amount of capital, is it running short of funds?

According to a credit research company, Nova has repeatedly delayed payment to business partners. In addition to its regular repayments to bank(s) having been stopped, Nova had fallen into arrears for printing costs at the end of July, and asked an ad agency to defer a payment due on August 10th. The July salaries for Nova staff were also paid late. Salaries for the foreigner instructors, the lifeblood of the company, are paid on the 15th of each month. There were fears that Nova might not make it past August, but a 750 million yen private placement bond issue on the 7th bought some breathing room.

Nova’s cash flow problems are a result of the collapse of its “bicycle business model.” While Nova quickly grew to nearly one thousand schools, it’s primary source of capital came from its students paying lesson fees up front. This money was pumped into opening new schools which in turn collected more money, which was then put towards opening yet more schools. Lather. Rinse. Repeat.

But the Ministry of Economy, Trade and Industry threw a wrench into the works when it ordered the partial suspension of Nova’s business in June. The number of new students decreased and the paying out refunds to students who canceled their contracts began to eat into the flow of cash. Under an accounting item labeled “Deferred ekimae ryuugaku service income,” the total prepayments owed as of the end of March last year was 31.6 billion yen, but dropped 6 billion yen over the ensuing year indicating that banks have cut off funding.

The president of Nova, Nozomu Sahashi, is a well-known for his intense personality. One venture businessman spoke of a marathon meeting that started at three in the afternoon and lasted until five the next morning. This is in contrast to a uniquely opaque way of doing business and transactions with affiliated companies that sell videophone systems for Nova’s ochanoma ryuugaku.

Nova’s only hope at the moment is Sahashi himself. In the previous fiscal year, he received received 400 million yen in capital funding from Nova Kikaku. He used some of his shares in July as collateral to drum up capital from small and medium-sized brokerages. What will he pull out of his hat for his next trick?

Thanks Ken for the good reporting! (Go and give him comments on his site!)

(**Thanks to Rameen from The Seveth Letter for the NOVA is OVA quip. Word up!)
Posted by Nicholas Rucka at 4:47 PM

I think NOVA is truly and royally screwed. My friend who still studies there said her school will be closing and it was no small school. I say good riddance.

While many of the things you state here are true. You seem not either not know or forgot that it is not the company or the employees who work in it that created this situation, IT IS ONLY the president Mr. Nozom(u) Sa(ru)hashi. It is a one person show and he decides everything, even to where to place the chairs and tables in each branch. I also take offence to that fact that the instructors Nova hire are in some way lacking. This is not TRUE. I have work in Nova as an instructor for over 10 years and most of the instructors I have met, known and worked with are good people who do a great job. Of course, like all companies, there a the few that don't. So please do not lump as all together as one. As I said before I have been in Nova a long time. I love my job, helping people to communicate in English, I love working with many fine instructors and wonderful staff, I like working for Nova but I don't like the President of Nova for he is destroying this fine company and all the wonderful things that the employees have done to have made it number one. Please make the destinction between Nova the company and its employees and Nova the president. Personally I want Nova to continue and I will do all that I can to keep it going, even if that means working for no pay then so be it, I will work for no pay. Thank you all. Syrbastyian Vzampfyier