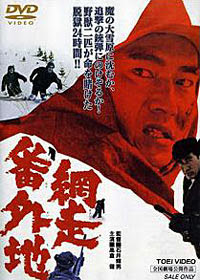 ABASHIRI BANGAICHI (aka. The Walls of Abashiri Prison) is widely regarded as the film series that made Takakura Ken famous. Directed by personal favorite madman director Ishii Teruo (at least for the first 10 entries (!) -- there would be another eight before it was all said and done (!!)), they tell of honorable Shinichi Tsukibana's (Takakura) hard-knocks life -- both in and outside of prison. (Really, you don't expect me to summarize the entire series here do you?)

At any rate, I read this the other day and found it intriguing because it just doesn't make any sense:

The marijuana plants started sprouting at Abashiri Prison on Japan's northernmost island of Hokkaido about a year ago, said prison official Takeshi Okamura. He said officials plucked out as many as 300 marijuana plants and treated the ground last year, but several more sprouted again this year.

Prisoners reported them to the guards.

Officials believe the plants are wild.

"Apparently, somebody knew how to tell marijuana from other plants," Okamura said.

Local botanical experts concluded the marijuana seeds were inadvertently brought in with the soil used for the exercise ground, Okamura said.

Abashiri Prison currently has about 1,080 male inmates serving terms of up to eight years in prison. (AP) 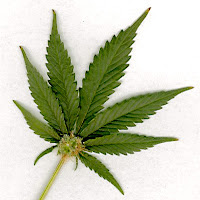 They keep sprouting up? Officials think that the 'plants are wild?' What, is Abashiri Prison the perfect greenhouse for weed? And what kind of criminal serving hard time would pass on information to the warden regarding the one thing that could help him pass his time more easily (and pleasurably)? Especially considering how clueless the prison officials are about marijuana in general.

This sounds to me like a bang-up idea for a new SHIN ABASHIRI BANGAICHI. Something with an aging Takakura Ken forced to go back onto Abishiri Prison grounds to discover who is the nefarious individual trying to undermine the honor and integrity of the hard working prison population. (Where is the jingi in modern Japan I ask you?)
Posted by Nicholas Rucka at 3:01 PM